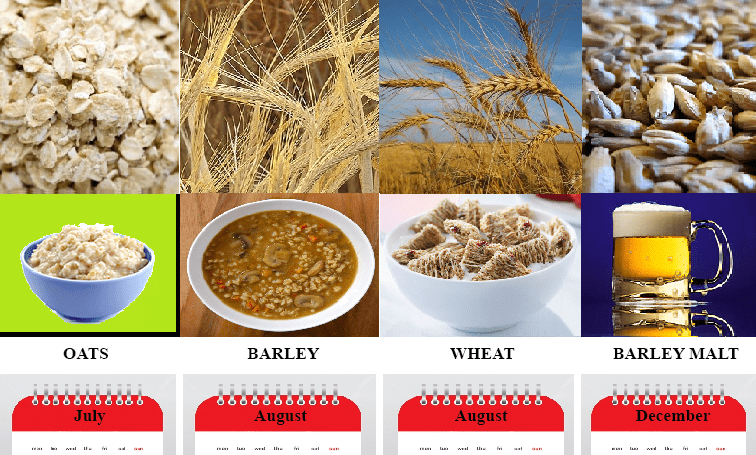 When is the Best Time to Start Keeping Yoshon?

Right after Passover, when everything becomes Yoshon. Any grains sprouted from the second day of Pesach and later are considered “chodosh” according to Vayikra [Leviticus] 23:14. One can eat anything out, and all products on the grocery shelves are Yoshon. There is one exception: Items that are or are made with “Sprouted Grain”. Any of the 5 grains that are “sprouted” are always chodosh, because they are always sprouted after Pesach! The most common products are health-food baked goods such as bread. Toward the summer, it gets harder to become Yoshon. One must stock up on items they use frequently if they do not have access to a large kosher store, or grocery store that has a kosher foods section. Regular companies have no need to stock older grain, but there are several “Jewish” companies that cater to people who keep Yoshon, especially in bigger cities where there are large populations of Orthodox Jews.

When Does Chodosh Season Start?

Mid-summer is when the newly sprouted chodosh grains are harvested, processed, and shortly thereafter start to hit the shelves of the grocery stores. The earliest grains to become chodosh are Oats, which usually start in mid-July. The next is Wheat and Barley, which usually starts in early to mid-August. Rye and Spelt grown in the USA and Canada are always yoshon, unless they are “sprouted grains”. Barley Malt is the last, becoming chodosh around November to mid-December. These dates change every year, as yoshon status is dependent on the Hebrew calendar. This means that the harvest dates fluctuate from year to year, and one must go by the general dates for the current year. There is a checklist of General Start Dates that can be downloaded and printed out. It’s handy to put on your fridge.

For information on specific products, look them up on our site by doing a search, and when your product comes up, scroll down to see “Additional Info”. It will show if a product is yoshon already or to check on the code. Many products can be determined by the packaging or purchase date codes printed on the package. There is a whole guide (“The Guide to Chodosh”) available every year that can be downloaded right here from our site at the Guide to Chodosh. To see corrections and updates on the Guide, go to Bulletin Updates.

There are many companies that cater to Jewish consumers, especially in areas with higher populations of Jews. Some big cities have bakeries, pizzerias and restaurants that are using yoshon grain. One must ascertain this by checking with their local kashrut supervising agency. In grocery stores with many “Heimishe” or Jewish products, often the labels will state “yashan”, “yoshon” or “made with kemach yoshon” (yoshon flour). Generally, companies that show “Yoshon” on the packages will have “Yoshon Hashgacha”. This means there are kosher supervisors who make sure that a product contains only yoshon ingredients, not simply kosher ingredients. If a product has Yoshon Hashgacha, it will be listed under “Additional Info” along with the Date Code, Grain Ingredients, and other specifications.

Some items are inherently Yoshon. See “Buying Products” for more details. There are many flour companies that use Winter Wheat, which is always Yoshon. To make sure they are purely Winter Wheat, check the status of each product under “Additional Info”. One can also do a search with the word “Yoshon” along with the product.
For those in smaller towns with limited Jewish brands, or for products that may be possibly chodosh, it merely involves a little bit of advance planning. Just as one would plan for a vacation, Shabbat or holidays, one must stock up on certain items from just after Pesach through around mid to late July. Often, one can find items in the back on grocery shelves if the stock hasn’t been rotated.

Help for Learning to Keep Yoshon!

For those who want to learn details, tips, and everything one needs to know, there is a book called Vintage Grain: The Mitzvah of Keeping Yashan written by the founder of Yoshon.com. It was designed to help instruct the newcomer on all aspects of keeping yoshon. Based on many questions from Yoshon.com visitors over the years, this book answers many of the questions that people have who are just starting out. Others who have kept yoshon for years have also found the charts and resource lists of great help, and it is written in a way to be entertaining as well as informative. “Vintage Grain” helps teach how to use the Guide to Chodosh, and offers learning tools to know how to read date codes. Even for those who do not keep the mitzvah, it is an interesting book to have. 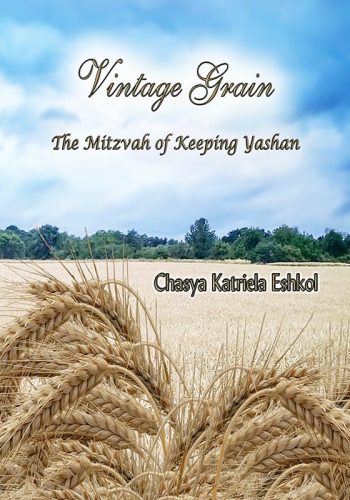